Article Spotlight by the Vol. 47 Managing Editor of Articles

Frequently in my position, the articles I reviewed opened my eyes to issues that I would not have previously thought about and left (what I am sure will be) a long-lasting effect on my law career. Ending Innocence Denying was one of those articles. Professor Bazelon expertly shines a light on a plethora of wrongful convictions. She presents a narrative which details the effects of wrongful convictions and the excruciatingly long road that innocent people often face exonerating themselves.

As the article progresses, the author spends a considerable amount of time on not simply stating that “innocence denying” by prosecutors is an occurring phenomenon, but on why it happens. She takes a dive into the history of the “tough on crime” approach and its growth through the past decades, nurtured by a desire for power, and the lack of consequences for those prosecutors who would rather be known for a winning track record than for seeking the truth.

Professor Bazelon concludes on a positive note, offering a guide to how to make sure those who have been wrongfully put behind bars can enjoy freedom once more. The words of Professor Bazelon made me consider my own role as an advocate and to remember that, in the end, the profession is designed to serve the people first and to work tirelessly to not fall victim to one’s own ego.

Error: API requests are being delayed for this account. New posts will not be retrieved.

We're not around right now. But you can send us an email and we'll get back to you, asap. 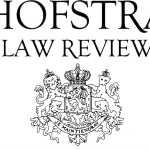